I know, I’m excited too!

Check them out here:

And the album has been available on Bandcamp for a while now.

Thank you all so much for the incredible support you’ve already given, and thank you for listening.

Preorder Rain to get early access to the single. The album includes 4 new original songs, a new recording of “Tenacity,” an exclusive remix of “Faith and Trust” from The Russian White, and remixes from Red This Ever, Heretics in the Lab, Gopal Metro, and This Hollow Machine.

Physical copies will be available upon release.

Update: The release should be available on Spotify and most other services on May 10 now. Click here to pre-save it on Spotify.

I just published a new release featuring the single “Damaged If I Don’t Broken If I Do,” an extended mix of the song, a remix of the song by Gopal Metro, and another remix by Red This Ever of my song “A Pain That I’m Used To.”

Check it out below! And thank you so much for visiting my page and the support 🖤

I’ll have a new release dropping on Valentine’s Day called “Hurt You.”

The first song is what will eventually be the third track on my upcoming album, a very very GOTH cover of “Hurt You” by The Sounds. The song features my friend Samantha Darkly on Vocals.

The second song is an extended mix of my last release, “Is He Alive” that should be interesting for DJs and those of you who just don’t want that slamming drum machine to stop!

You can pre-save the release on Spotify by going here: https://distrokid.com/hyperfollow/thepurge/gr7H

The song will also release exclusively on Bandcamp the weekend before it’s released anywhere else.

I just published a new music video on YouTube for my song “A Pain That I’m Used To.” The song was featured on my album from last spring, The Bad Ideas We Build Worlds, and holds a very special place in my heart.

While it’s one of the later songs on the album and I released the song “Faith & Trust” as a single before it, it’s actually the first song I really wrote after a very long break from writing any music as The Purge. Recording the studio version of the song is, literally, the way I built calluses back up on my fingers. I was in immense emotional pain after my long-term partner left me for another man and the first romantic experience I had after that fell apart in ways that I wasn’t prepared to expect or deal with yet.

This song helped me come to terms with the fact that I was trying to hold onto patterns of dependency and that I needed to stop seeking easy comfort in another person. I also realized that I had a tendency to try and fix the problems in other peoples’ lives before mine. I was emptying myself in ways that were ultimately destructive to me and not truly benefiting the people I was trying to help; it was a pain that I had become used to and I needed to learn how to live without it.

*Edit* Over the holiday week the song actually managed to peak at #1 for a few days! Big thanks to everyone who purchased the release and made that happen! ❤

My new song, “Is He Alive,” released on Bandcamp earlier this week. It won’t be available on Spotify or other big distributors until early in January, but so far this thing has very much exceeded my expectations!

The spirit of a 16 year old goth boy who wears Tripp pants and has Robert Smith hair lives inside of me and has never really left, no matter how much I’ve matured, and that 16 year old boy is absolutely blown away to see that “Is He Alive” is actually #3 on the Goth charts at Bandcamp.

Obviously, this couldn’t be possible without all the people who are listening and actually buying the track, so thank you sooooo much for doing that!

If you haven’t yet, you can find it at http://www.thepurgeva.bandcamp.com

You can get the song by itself, but the release also includes a remix of the song by Heretics in the Lab that gives the song a different and brutal urgency.

Again, very much in love with the fact that this has happened and THANK YOU SO MUCH for following me and supporting the music ❤

Check it out on my YouTube channel. I’m trying to get my subscriber count over 100 asap so I can unlock certain features on the platform that I don’t have access to yet, so please subscribe to the channel if you haven’t yet ❤

Thank you for visiting my website! I appreciate you ❤

This new release will be the first in a series of releases taking place every two/three months. I produced an album’s worth of new songs over the summer and beat myself up about how/when I was going to release it. I came up with the plan that I’d release the album gradually, so this first single, “Carried Away,” will be track 1 on the album when it’s all finally revealed.

Before I get into it, I want to give a very special thanks to This Hollow Machine for giving me the remix of Faith & Trust that’ll appear on this release (expect cool remixes and bonus tracks to appear on most of these releases).

So, some background about this song, “Carried Away.” 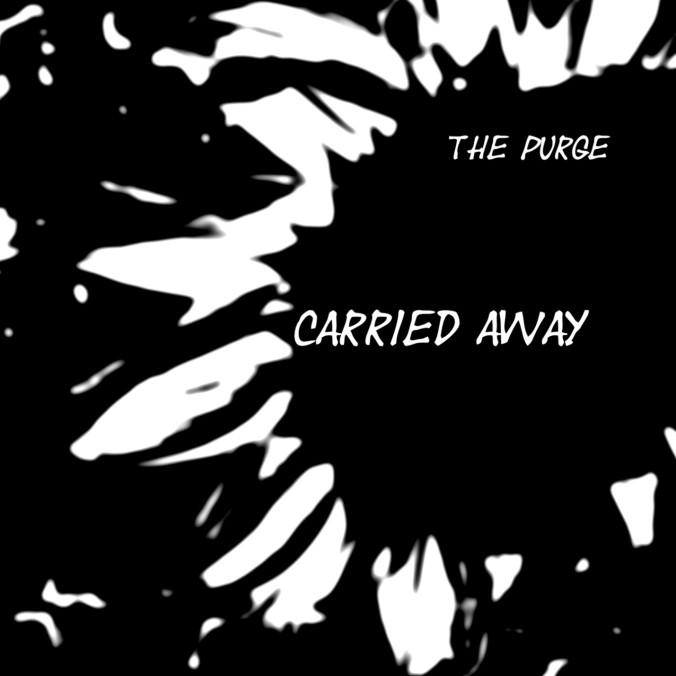 I have a lot of time to work on music and go to shows and play out during the summer because I worked for a school the rest of the year. This last summer, in particular,  I found myself infatuated with someone. I’d already had some feelings for this person for a while, but those feelings became super amplified in a way that frightened me.

You might be asking, “Thomas, why would you let those feelings frighten you?”  Well, EVEN IF it were a relationship that made any kind of sense, it definitely didn’t make any sense right now. I’d just gotten out of an incredibly complicated relationship (we weren’t married, but we’d been together for 7 years and own a house together; she was pregnant when we met and her son considers me dad and vice-versa) and I’d made a promise to myself to stay single until I’d accomplished some very important things.

I hadn’t accomplished most of those things by the time these feelings crept up and there are still a couple more I need to cross off the list, but to call the cognitive dissonance I was feeling “intense” would’ve been an understatement. I felt sick.

I ended up telling the person exactly how I felt and I still don’t know if that was a good idea or not. Most days it doesn’t feel like it, but I did, and I wrote this song about it. In many ways I wrote this song for that person and to memorialize how important they are to me, but I think that, at the end of the day, I mostly wrote this song for me because I needed to be honest with myself.

I’d spent the last several years trying to put a cap on my feelings; in my song “The Danse” I have a line about how “I’ve made a lifestyle out of denying myself what I want.” I’d gotten so incredibly used to feeling ashamed for feeling any hint of passion or desire towards people and, I know now, that’s not a good state for me to be in.

The refrain of this new song is “I got carried away,” but, while I definitely felt that at the time I wrote it, I think I’m starting to become okay with the fact that I have these feeling. I think I’ll be okay whether they’re reciprocated or not and, honestly, I probably only felt so carried away because of how much I struggled against the tide.

The next release will come in December and be called “Is He Alive?”

Stay tuned to find out.

It’s been a running joke between me and the Charlottesville goth scene that I should record a parody version of Only Black and make it about being really hungry. It all started in an IHOP after my album release concert for The Bad Ideas We Build Worlds. DJ Pat Sixtwosix made some comment about “Pancakes hit me like a heavy dose” and the puns on my lyrics kept coming.